hellomagazine.com Salma Hayek and her ten-year-old daughter Valentina took a trip to Disneyland Paris where they had some fun and enjoyed the holiday decorations

Salma Hayek and her ten-year-old daughter Valentina got into the holiday spirit with the help of Mickey Mouse and his famous friends. The mother-daughter duo were joined by a friend over the weekend as they visited Disneyland Paris. The 51-year-old actress and Valentina were all smiles as they explored the park that is decorated for the upcoming holiday. The park is adorned with massive Christmas trees, garlands and snowmen. The How to be a Latin Lover star and her mini-me, whom she shares with husband François-Henri Pinault, were even seen enjoying the artificial snow that was on display. 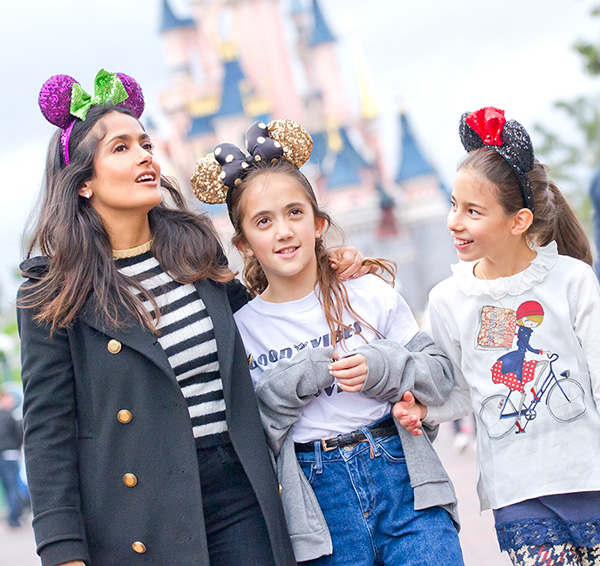 Salma looked chic at the happiest place on Earth in a stylish nuatical-inspired jacket, jeans and striped shirt. She added an extra accessory of purple mouse ears with a green bow. Valentina remained on trend in jeans, t-shirt and oversized sweater that she dressed up with metallic gold Minnie Mouse ears. The three ladies were all about capturing the moment, as Salma posed for a selfie with the park's leading man and then shared the moment with her daughter and friend. 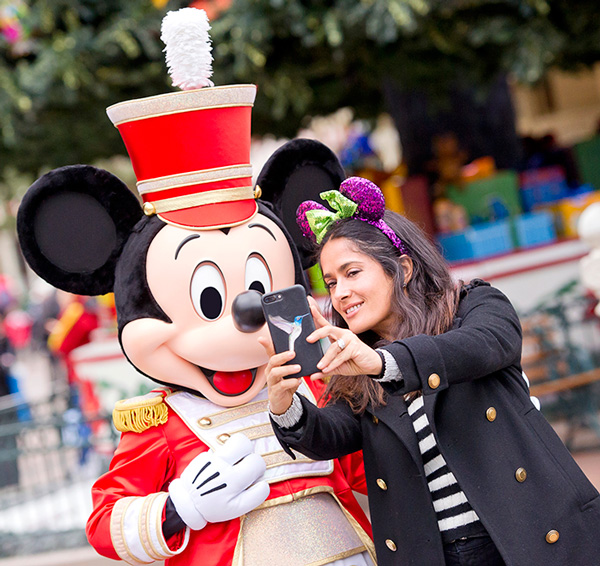 During her outing, the actress snapped selfies with Mickey Mouse

In September Salma kept her promise to Valentina marking her milestone birthday with a trip to her favorite amusement park. “I promised my daughter Valentina to take her to #disneylandparis for her 10th birthday so we did a Disney #mordida," the mom-of-one penned alongside a video posted on September 24 of Valentina taking a big bite out of her cake while Salma and other guests chanted “mordida.” 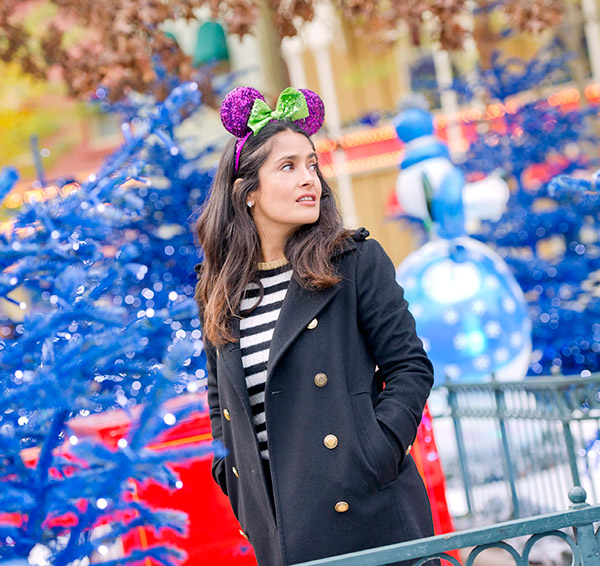 The Hitman’s Bodyguard star shared pictures from the trip, which featured her hanging on to the park’s Day of the Dead decorations. "I love seeing Disneyland Paris celebrating the day of the dead and starting from the end of September. They even sell Mickey ears style Frida Kahlo."